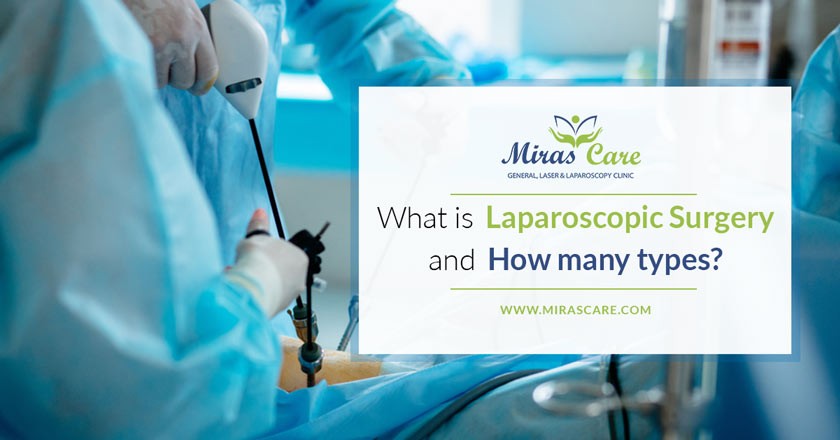 With the help of the latest equipment, doctors can have a detailed inspection of your internal organs. This is why there is a huge demand for a top laparoscopic surgeon in Gurgaon.

Why laparoscopic surgery is called so?

This means that this kind of surgery is used to see the inner side of the body. The special equipment used for watching the internal affected organ of the patient’s body is known as a laparoscope. A high-quality laparoscope is the primary attribute of any best laparoscopy hospital in Gurgaon.

How is laparoscopy conducted?

As mentioned earlier, laparoscopy provides the surgeon with an internal view of the patient’s affected organ. The whole procedure of laparoscopic surgery can be illustrated in simple steps as follows.

Incision near the affected area

First of all, a small incision is made in the patient’s body to make way for inserting the laparoscope.

Either a long rod or a digital laparoscope is put inside via these incisions. Nowadays, laparoscopes are equipped with good qualityoptical cables that provide clear imaging of organs.

After the insertion laparoscope into the body, a small amount of gas is released in the affected part of the body to inflate the organs. Doctors use carbon dioxide gas as it is non-inflammable. It is also absorbed by blood vessels that can be further exhaled easily. This gas provides a clear space for better visibility of organs.

Observation of affected organ by laparoscope

The laparoscope has a digital camera at the end. This conveys the internal picture of the organ to the outer world. The surgeon then monitors the affected area and looks for the deceased part of the organ.

When the surgeon watches and confirms the state of the affected organ, preparations for the next step begin. Based on the location of the damaged organ, additional incisions are made via which other arrangements are put inside the body.

Special equipment is inserted via the additional incisions. With continuousmonitoring of the inner organs fromthe laparoscope, the surgeon removes the defective organ or part.

After the damaged part gets removed, the carbon dioxide gas is exhaled via a small knob of the laparoscope. All the injectedequipment is then taken out of the body. With the help of skin glue and stitches, incisions are joined back.

How many types are there for a laparoscopy?

There are cases when an unwanted tumor gets developed in the stomach. This excessive cluster of cells damages the normal functioning of the stomach. Laparoscopic surgery is the easiest way to remove this kind of stomach tumor from the body.

The appendix is the end part of our large intestine that stores good bacteria. Due to some unwanted reasons, the entry of this appendix gets blocked or interrupted which leads to invasion. A swollen up appendix is believed to be very harmful as it can rupture anytime.

A rupture of such an appendix has fatal consequences thus it needs to be treated as soon as possible. In such a case, doctors use a laparoscope to have a look at the internal conditions and then remove the affected part by laparoscopic surgery.

There are cases where certain outgrowths get developed in the colon which cannot be removed by regular colonoscopy. These outgrowths are called polyps and are best treated by laparoscopy.

GERD stands for Gastroesophageal reflux disease. People suffering from GERD have a weak sphincter. This results in unwanted backflow of acid that creates a nausea-like feeling.To cure this, doctors prefer laparoscopic surgery. With the help of a laparoscope and other essential equipment, the wakenedsphincteris fixed to minimize the effect of GERD.

The gall bladder is an essential part of our human digestive system. It stores bile that is secreted by the liver for digesting the food. Sometimes, this bladder gets damaged due to the accumulation of crystals.

To cure this condition, doctors prefer removing the affected gall bladder. The easiest and comfortable way of doing so is laparoscopic surgery.

The hernia is a condition in which outgrowths of tissues block the passage between the abdomen and reproductive system. This leads to an interruption in blood flow through the affected part of the body. This condition causes severe pain and discomfort to the customer.

It is best cured by laparoscopic surgery. With the help of small incisions, the damaged part is monitored and analyzed proficiently. The unwanted outgrowth is then removed with the use of special tools.

How is laparoscopic surgery better from other methods of treatment?

Laparoscopic Nissen Fundoplication Surgery for Gastroesophageal Reflux Disease (GERD) – Why and what to expect?

WhatsApp Chat is free, download and try it now here!